Food & Company are delighted to support the Dalemain Marmalade Festival, both Margaret and Joan have made marmalade for the festival which takes place on Sat 17th March 2018.

We add to the 1,500 plus jars of marmalade which have already made their way to Dalemain, let’s hope we do reasonably well! Good luck everyone who has entered.

Check out Joan’s attempt for this year! 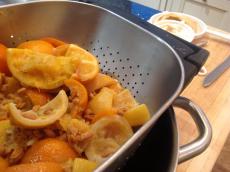 First the citrus is cooked and drained, all the juice is collected. 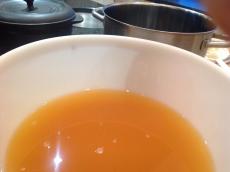 The juice is passed through a felt sieve to make it as clear as possible. Sugar is measured and added to the juice. 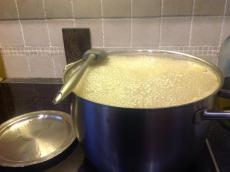 Now it is boiled rapidly unto setting point is achieved. 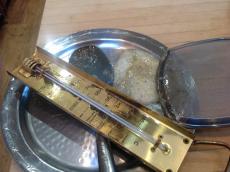 Some of the tools including a skimming spoon and a thermometer, though I still use a cold plate and the crinkle test! 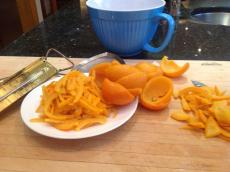 Cut the cooked peel into shreds to be added to the marmalade. 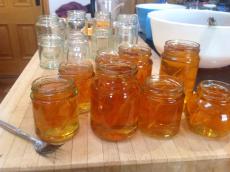 Fill the jars to the very top, the jars are of course very clean. 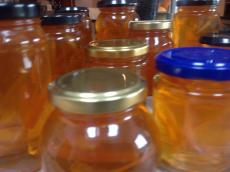 Now the marmalade gets well fitting lids on and just needs labeled.

This is Joan’s attempt at marmalade this year, a jar has been sent to the Marmalade Festival at Dalemain, I wonder if it will come any where close to Margaret’s? There is nothing like a bit of rivalry between sisters….